The images shown below are from the EnerBurn evaluation done by Ingram Barge Co. 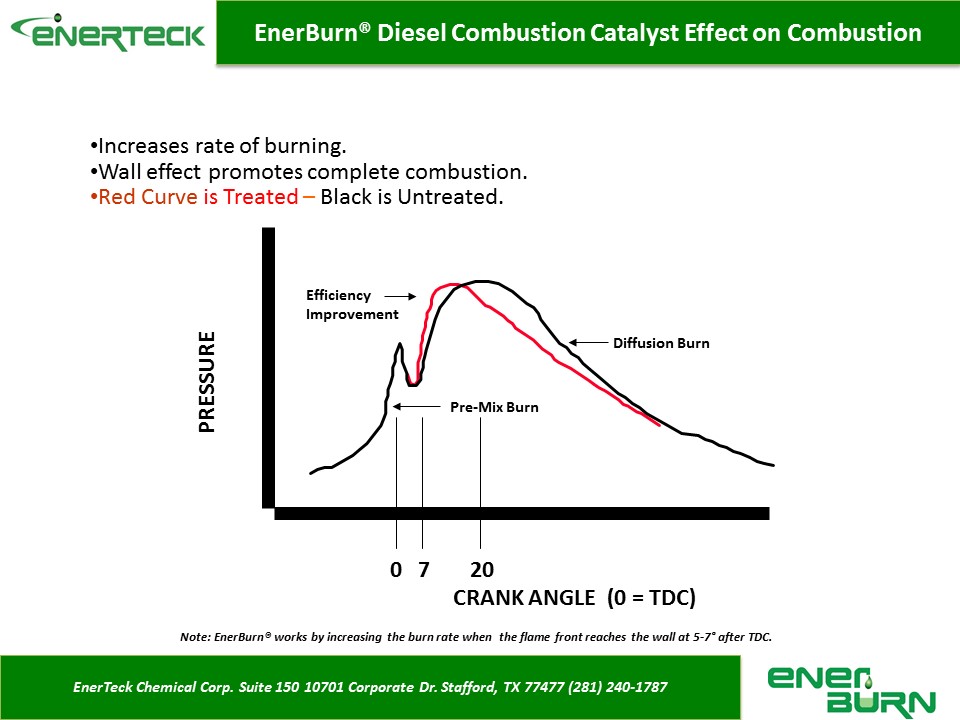 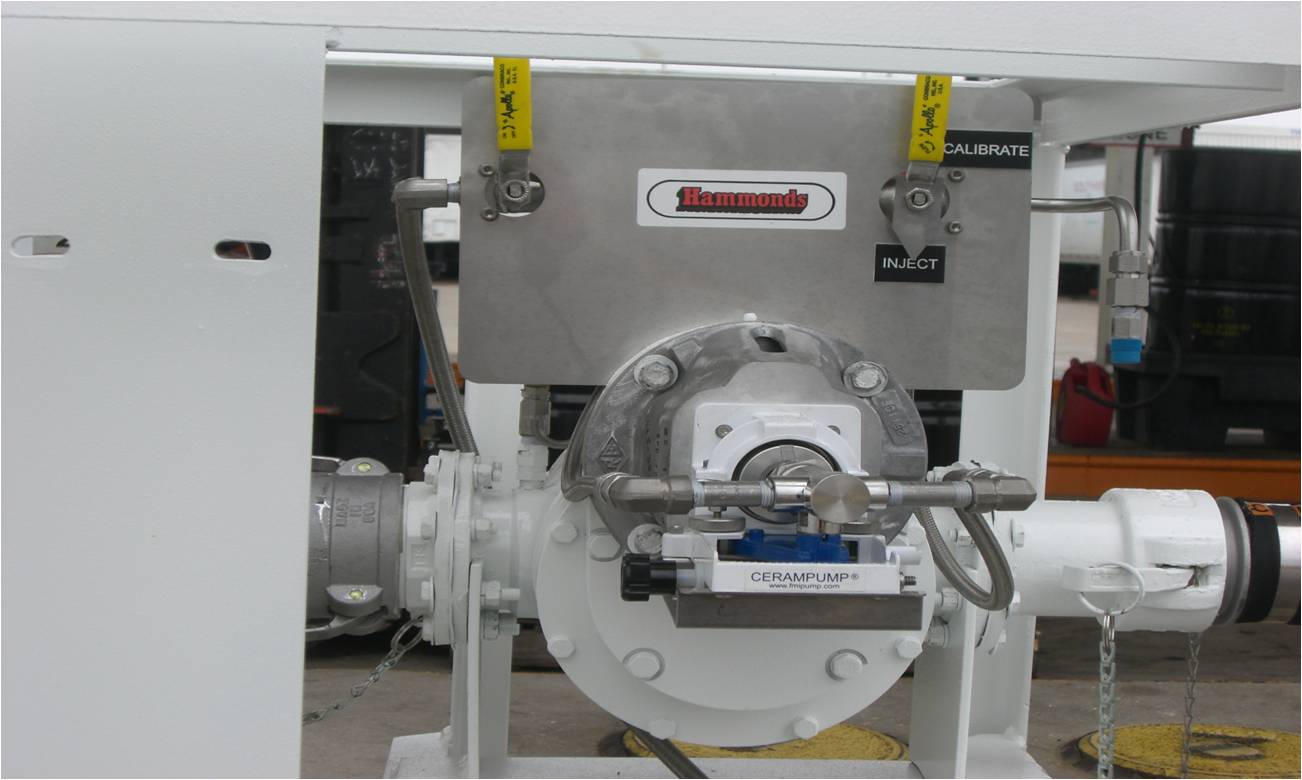 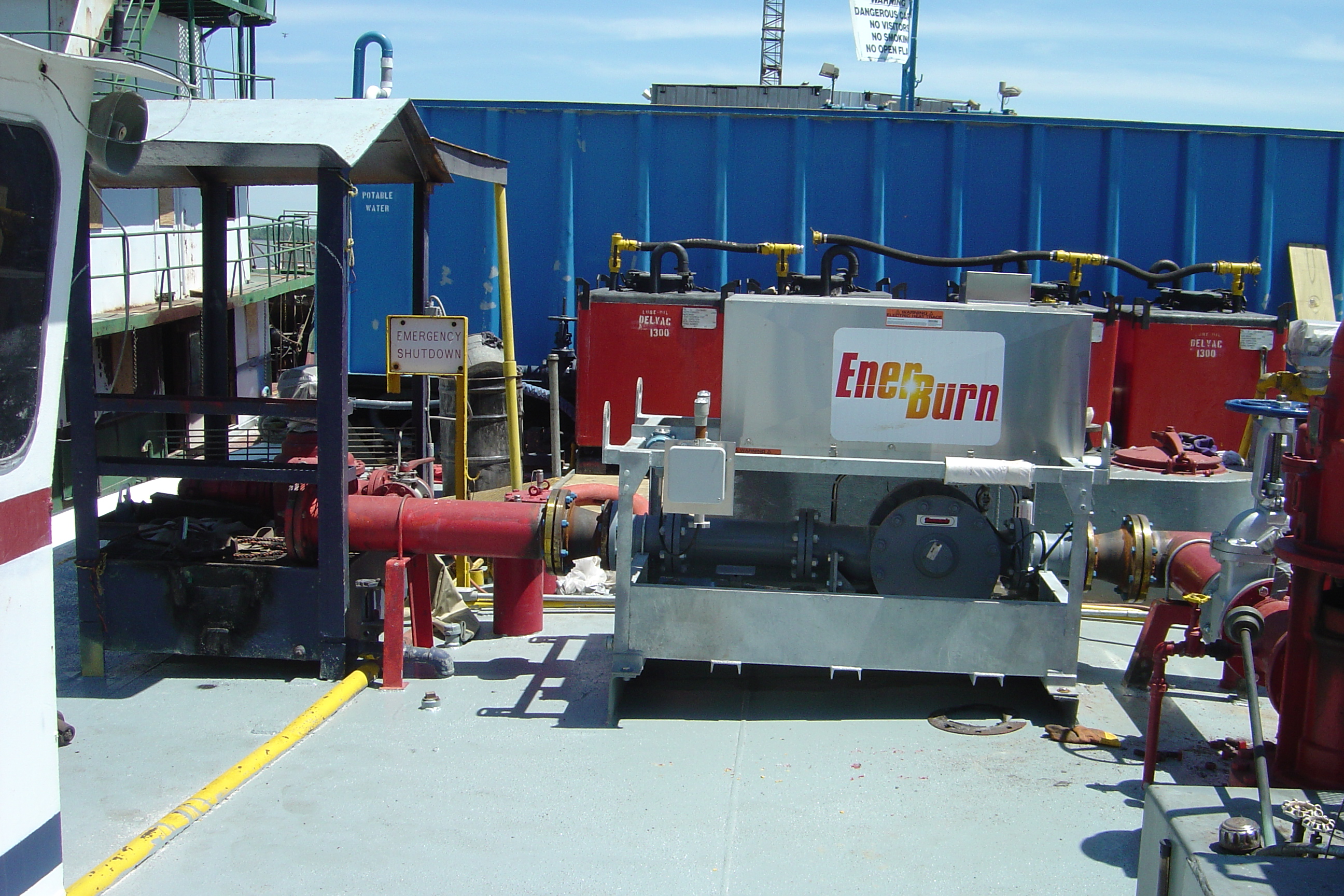 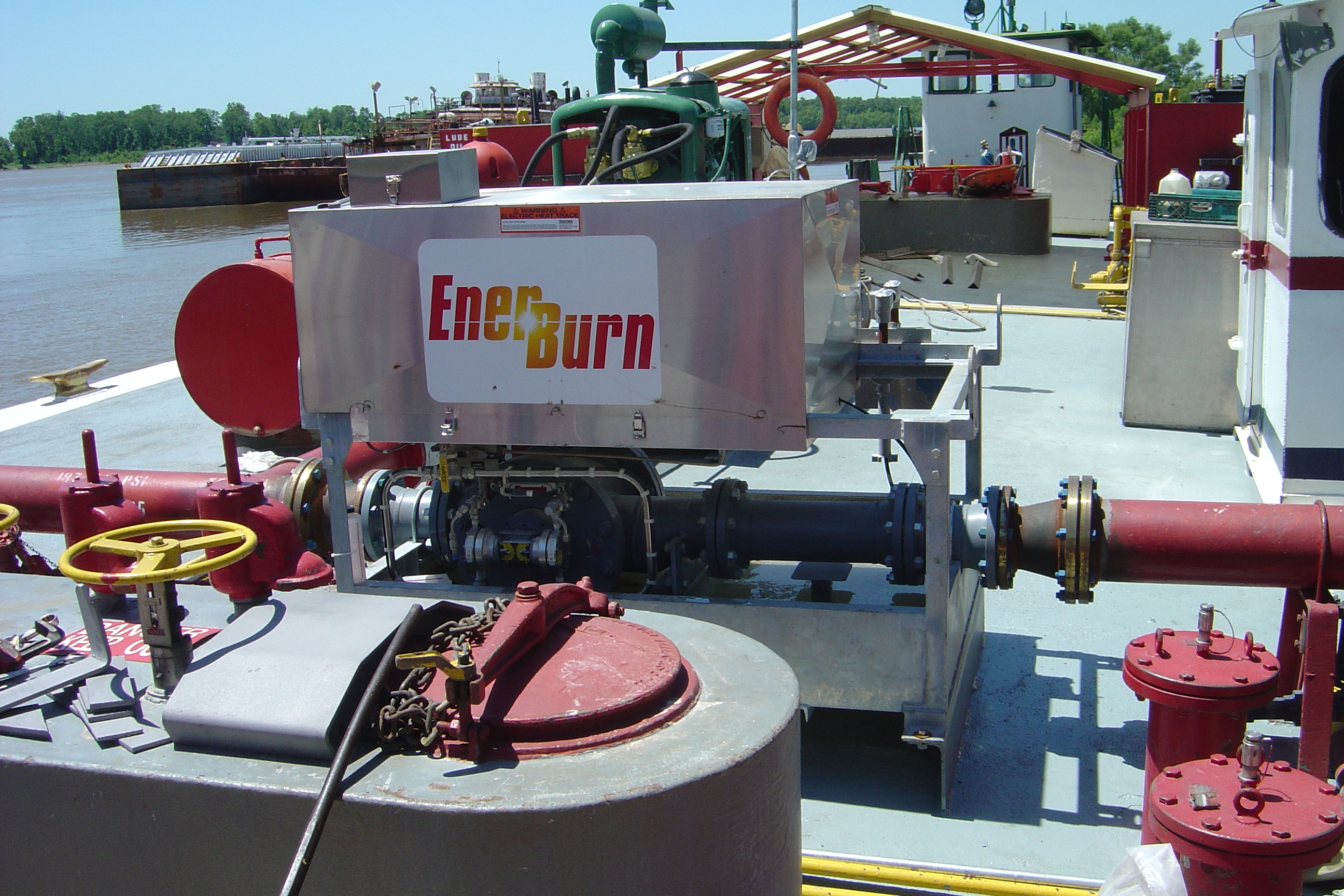 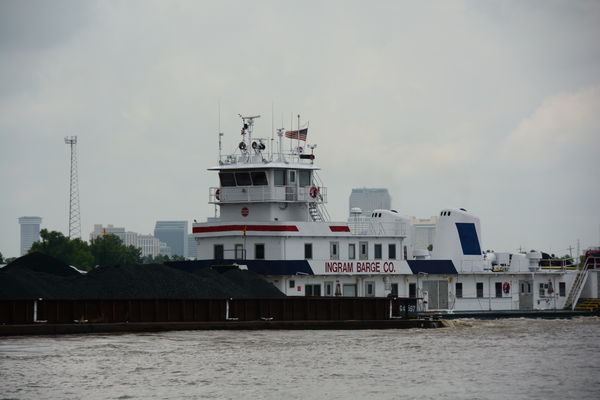 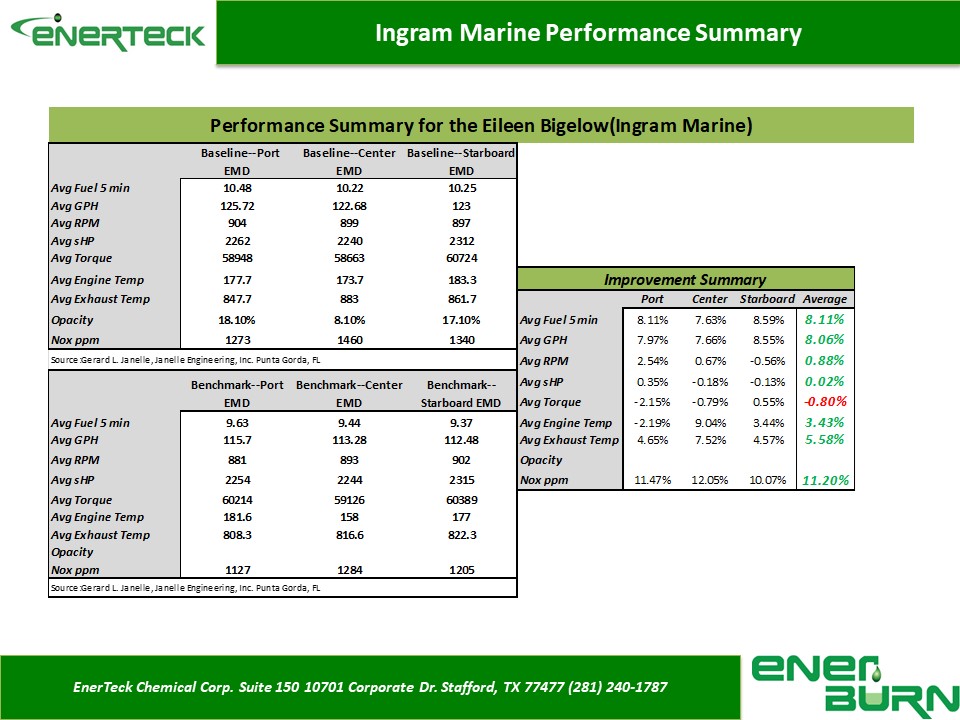 The trial results shown below for Ingram Barge Co., were from an evaluation conducted by Ingram with data collection and analysis done by Jenelle Engineering Inc. The evaluation lasted for 6 months and the company's internal results matched those of the analyst, roughly an 8% improvement in fuel efficiency.

Ingram Barge was interested in evaluating the EnerBurn® Diesel Fuel Performance Catalyst in order to demonstrate the positive benefits (fuel efficiency and emissions reductions) the technology provides on a vessel in full operation in the field. The Eileen Bigelow was selected as the evaluation vessel.

A high-performance diesel fuel combustion catalyst that provides both emissions and fuel consumption reductions, specially adapted for a marine environment.

The protocols used to measure the positive effects of EnerBurn were accomplished with the Services of Janelle Engineering Inc. (JEI), Punta Gorda Florida and Enerteck Chemical Corporation, Stafford Texas. The vessel being measured must be mechanically sound and in good working order so that a proper baseline can be established to compare to the subsequent benchmark runs to measure the difference in the parameters being measured.
An initial run would be conducted to establish the baseline. EnerBurn would then be introduced into the vessel’s fuel and the vessel would be continuously treated for a minimum of three to six months to allow the full catalytic effect of EnerBurn to be established.
Parameters measured:

Equipment used to record the measurements: The following results will be determined by comparing the baseline measurements to the final benchmark measurements.
Efficiency Improvements

The original base-lining took place in August 2005 and final benchmarks were taken 6 months later. EnerBurn injection equipment was installed on the vessel to provide accurate chemical injection at the proper ratio. Fuel was provided by Ingram.
Janelle Engineering recorded all the data sets required to provide insight into the operating efficiency of the EMD 645 engines. The analysis of this data showed, as it pertains to fuel efficiency and operating efficiency:

The EnerBurn® combustion catalyst proved its benefit by reducing fuel consumption and promoting a more efficient operation of the engine, thereby reducing lube oil consumption in the process.

The vessel had a noticeable improvement in the cleanliness of the top and lower exterior decks, which resulted in less exterior cleaning maintenance for the crew. This was due to the stack emission improvements, i.e. less soot accumulating on the decks from the exhaust. The presence of extra horsepower at no fuel penalty is a bonus when pushing the maximum number of barges.

Ingram's team were impressed with the viability of the evaluation and the results. The additional horsepower at no fuel penalty was of note to the ingram team as pushing the maximum number of barges in strong current requires as much horsepower as possible. The decrease in emissions was noticeable, and the crew maintained that the vessel was noticeably emitting much less exhaust from the stack making life on the upper deck more pleasant.